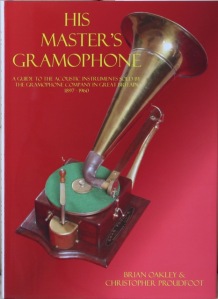 From functional to luxury. Within a short 3-4 years the Gramophone became the status symbol of the age, so inevitably the designers determined to take advantage of the privileged market by creating machines that were not only wonderful pieces of furniture, but also hid the rather cumbersome horn. 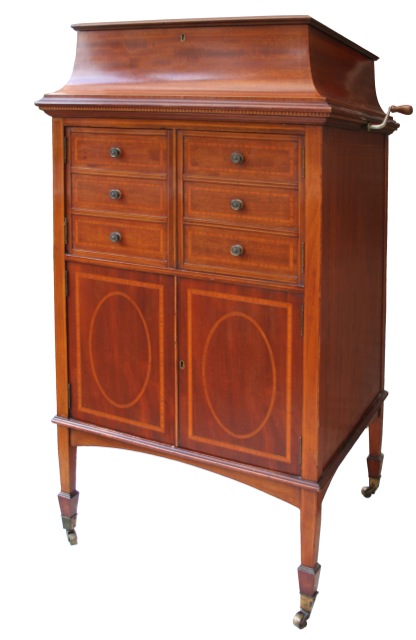 Enter the Sheraton Grand, the first enclosed horn gramophone. Designed to resemble a piece of 18th century furniture, only the wind handle gave it away as not being a classy cabinet, and that could presumably be removed when not in nuse. It quickly caught on with the discerning customer, over 300 having sold within the first five years of its 1906 launch. This machine was designed as a feature of any sitting or drawing room, the back panels being of the same high finish as the other three.

The ‘drawers’ were dummies, the front opening with four separate doors to reveal luxury storage space for the discs.

Made in mahogany, crossbanded in tulip or satinwood with a flat lid on coved front and side it stood nearly four feet tall, and two feet wide and deep. The open doors also revealed the internal horn, created from four tapered panels suspended below the tone arm.

One thought on “HIS MASTER’S GRAMOPHONE, part 4”