SOTH would like to thank our latest contributor Michael Lloyd-Davies for his insightful review on the memoirs of Joe Batten – pioneer recording manager. 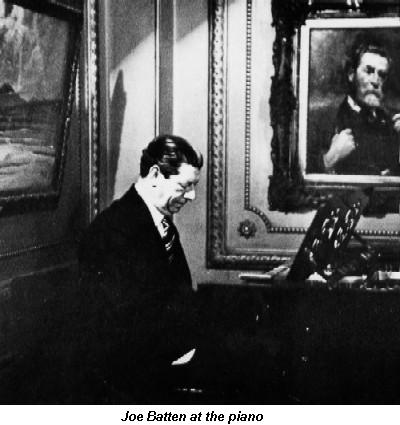 In his foreward to Joe Batten’s memoirs, Joe is described by Sir Compton McKenzie as “that other great recorder” bracketed with Freddy Gaisberg. Joe Batten’s story is perhaps wider in its horizons. The core of the book is the excitement of pioneer recording from wax-cylinder to L.P., in which mechanical hazards and progress are described as an explorer could write of his adventures.

The period before the First World War saw sound recording grow from being a novelty toy to become an industry full of innovation and eventually accepted as a serious medium and art form by both artists and the public.

Joe was one of the pioneers who began as a pianist accompanying vocalists in recording rooms as early studios were known, to become the artistic manager for Edison Bell, and later, the Columbia Graphophone Company which merged in 1931 with The Gramophone Company to form Electric and Musical Industries Ltd (EMI).

At EMI he formed the Special Recording Department which was located at new studios at Abbey Road. This venture began making sponsored shows for the Commercial Radio companies which were springing up in the mid 1930’s. The department was almost immediately shut down at the outset of the Second World War but re-opened to make recordings for the troops through ENSA up to 1945. 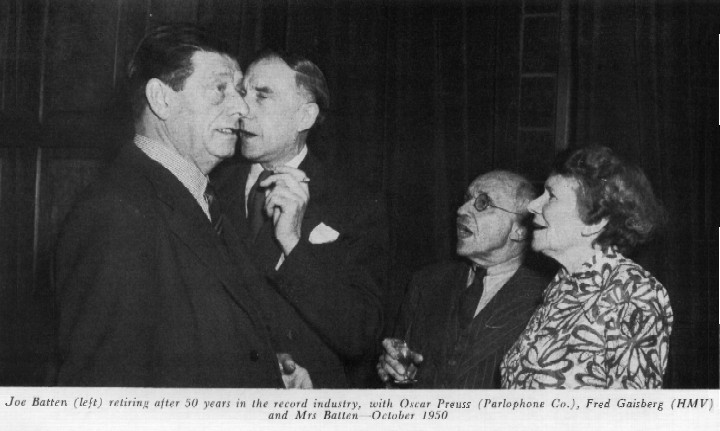 Inevitably Joe Batten amassed a vast number of friends and memories in the musical concert and light opera fields and it is fitting that the book (out of print since the first edition in 1956) should close with select memories of the life and times at The Savage Club, London’s last bohemian rendezvous where Joe Batten concluded his life as he began it – accompanist to those spontaneous musical evenings which from the West End to the East were once such a feature of London Life. 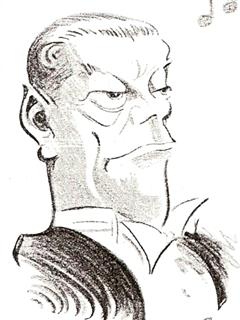 Joe retired in 1950 but died five years later before his memoirs were published.

2 thoughts on “Joe Batten’s Book: The Story of Sound Recording”