Today Wednesday 14 November the BBC marks the 90th anniversary of its first broadcast by playing a specially commissioned composition by Damon Albarn to radio listeners around the world at 1733 GMT.

More than 55 BBC radio stations will come together for Radio Reunited – the first attempt at a simultaneous broadcast since what was then the British Broadcasting Company was formed in 1922. Each BBC station will play the composition, entitled 2LO Calling – a combination of specially written music, iconic sounds from radio’s past and present, and messages to the future from listeners around the world.

You can download the piece and find out more about the 90th anniversary by going to www.bbc.co.uk/reunited 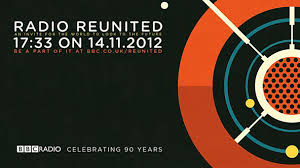