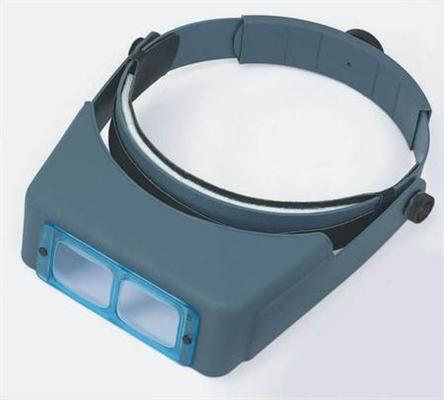 One of the first pit stops along my musical road was to work during the late 1960s & early 70s for Levitt & Elrod, a musical instrument sales and repair shop on NYC’s Upper West Side.  Sad, perhaps, but my idea of fun as a 13 year old was hanging around L&E looking at music folios and guitars for hours on end – almost every day.  I’m not sure of his motives (perhaps it was just to get me the hell out of the store) but one day Syd Elrod, who handled selling out front, offered me fifty cents to deliver a French horn to the public school down the block – which I did.  Shortly thereafter I had a regular job working after school and on Saturdays.  It started with sweeping, deliveries and other mundane tasks, but it wasn’t long before I was entrusted with selling accessories – and soon instruments as well. 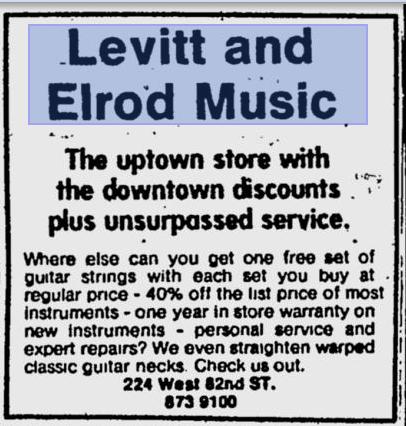 Syd was the ebullient, friendly outward face of L&E, selling and renting instruments.  But hidden in the back was Al Levitt, the repairman, a musical surgeon who never emerged unless a repair job was so serious that only a personal consultation with the frantic musician would suffice.  Al was very highly respected, and was relied upon by many of the top jazz and orchestra players in NYC including Michael Kamen, Julius Baker and Lee Konitz among many others. He specialised in wind and reeds but, really, he could repair anything (except electric guitars and amplifiers. Hah!  A niche for me perhaps?).  At any one time there would be literally dozens of instruments – from flutes and saxophones to tubas and double bases – lying in bits in the midst of valve replacement or some other surgery. It was from Al that I learned about the guts of musical instruments and what was involved with keeping them alive

Al was a thin, angular, sharp faced man who wore, along with fearsomely distorting horn rimmed spectacles, a magnifier head visor which he kept perpetually perched on his brow, sliding it down over his glasses to inspect the patient.   Al’s workshop, in the back of the store, seemed to always be pitch dark except for a Bunsen burner and variety of small but very bright lights branching like tentacles from his workbench. His workbench – a huge, long thick slab of wood like a mediaeval castle door – was completely customised by Al to suit his own needs,  festooned with all manner of shelves, storage drawers, trays, clips, loops, hooks and holders to hold parts and tools.  Every tool had an official place and was positioned so that it could be reached without him having to budge an inch from his chair.

Wind and reed instruments – such as flutes and saxophones – employ pads which are raised and lowered by keys.  The enemies of wind and reed instruments are sticky keys and pads that leak air – no matter how tiny the leak.  Al found air leaks not by blowing, but with light.  Attaching a light-bulb to the end of a long, stiff but flexible wire, he could snake the light through the instrument, press the pad down and expose even the most infinitesimal leakage as the peep of light would show through – sort of an alto sax colonoscopy.  With his vast array of pivot screwdrivers, needle-nose pliers and other tools Al could bring practically any instrument back to life.

And woe betide you if you tried to touch or looked like you were even thinking of touching his tools.  And don’t dare ask to borrow Al’s tools.  “DON’T TOUCH MY TOOLS!!”  Righteous anger – and no joke.  “My tools are my bread and butter.”  Bread and butter.  Indeed.  I came to understand how tools – which include musical instruments, hammers, fountain pens and bicycles – when used by a serious artisan, mould and adapt to their user’s unique technique and feel. The pressure and balance are just so.  And, if used by someone else – even a skilled user (let alone a clumsy dolt) – these delicate nuances can be compromised.  Or the tool might get damaged.  Or lost.  They will be sorry – but you will be sorrier.  Hence, I would not be insulted if someone wouldn’t let me “try his guitar” – and similarly I hope he won’t be insulted if I don’t let him “try mine”.  You may imagine my pride then when, some years later – when I had begun repairing electric guitars for L&E – and I really needed to borrow a tool of his, that Al trusted me enough to lend it to me.  The look in his eye made the weight of my responsibility crystal clear and you may be sure it was returned in immaculate condition immediately upon my finishing with it.

It was a bit of an event when a repaired or overhauled instrument was returned to its owner – particularly when that owner was someone famous.  The really big stars were invited back to Al’s workshop, but other times Al would emerge from the gloom of his catacomb with the newly restored instrument gleaming in his hands to personally present it to its owner.  He would explain in detail the intricate work that had been done and if he had run into unexpected difficulties he would relate, as if a tale of adventure, the daring do required to rescue their instrument from the shadow of death. The honest gratitude on the owner’s face was inevitably quite humbling.  Al would then quickly double check the instrument by playing a flurry of scales – lest the repair had mysteriously vanished while waiting in the case – and then would hand it over to the grateful musician who would road test it for themselves by treating us to an impromptu performance right there in the shop.

My impression then and my memory now of Al was this gnarled old man in his workshop, hunched in the dark over an open flame, peering through those bizarre head visors, surrounded by his tools, soldering a joint or delicately adjusting a screw to rescue another musical instrument.  It certainly had something gothic about it, like Dr Frankenstein’s lab. Al was fierce and sometimes I felt like Igor or Mickey Mouse.  However, I was not an apprentice and Al never gave me any lessons. But just by observing him I learned not only how to build a workbench and many techniques for fixing instruments, but the workman’s ethic.  I now realise that many of the qualities that I admire and aspire to, I learned from Al: his approach to problem solving, his diligence and patience, his intense dedication to quality, the consistent quality of his work, his integrity and honesty (he never gouged anyone – his prices were always fair).   I can’t say that I am always successful in achieving all of these qualities but I can’t think of a better role model for a young boy regarding what it takes to be a good workman than Al Levitt.

Since those days at Levitt & Elrod I have had a few workbenches of my own, both personally and professionally.  Guess what?  I built them exactly the same way Al did.  I now have a magnifying head visor of my own – Russian, purchased for £5 in Brighton no less – which I use to repair B’s jewellery (a never ending career).  These days I no longer work professionally with screwdrivers and needle-nose pliers, but with a keyboard and a mouse.  But my office is dark, and everything I need is within easy reach. My colleagues sometimes comment on the cave like quality of my office – “Wayne, it’s so dark in here”.  Well – now you know.  It may look like just an office desk with a computer to you, but to me, this is my workbench – Al Levitt style.