“The key to victory is never-ending application”

Resident: Born in Hanover in Germany, immigrated to the United States as a young man of only 19 in 1870

Berliner applied himself to the science of sound and recording. On November 8 1887 he patented a successful system of sound recording. Berliner was the first inventor to make recordings on flat disks or records. Previously recordings were made onto cylinders. With Berliner’s new system a spiral groove with sound information was etched into the flat record.

Around the time of his invention Berliner met a young man called Fred Gaisberg. With a keen interest in the newly developing phonograph industry Gaisberg paid a visit to Berliner’s laboratory in Washington DC where he watched Berliner record Billy Golden onto a flat disc and then listened to the playback. 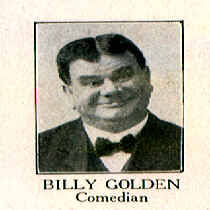 When Gaisberg first heard one of Berliner’s recordings he noted

The superior sound and ease of mass reproducing recordings lead Berliner to set up the Gramophone Company in the United States. He later sent the young Fred Gaisberg to London to set up a recording studio to exploit the European market.

Berliner has been described as an eccentric inventor and scientist but the intricacies of the business world never came naturally to him. The success of the Gramophone Company was due to his careful choice in business savvy partners, such as Gaisberg, who made the contacts and sales that pushed the company to be an industry leader. Gaisberg commented in his journals

“For many years Berliner was the only one of many people I knew connected with the gramophone who was genuinely musical and possessed a cultured taste.”

For his achievements in the recording field Berliner was awarded the prestigious John Scott and Elliott Cresson medals by the Franklin institute. He remained a true scientist throughout his career. Both in public health by promoting the pasteurisation of milk thus reducing the rates of childhood infectious diseases and in the field of physics where he continued making developments in acoustic tiles, aeronautics and microphone technology.