A very disappointing day from a record-making standpoint.

Miss [Maud] Boyd did not appear during the day, but on going to dinner that evening I discovered the whole crowd of them in the dining room. 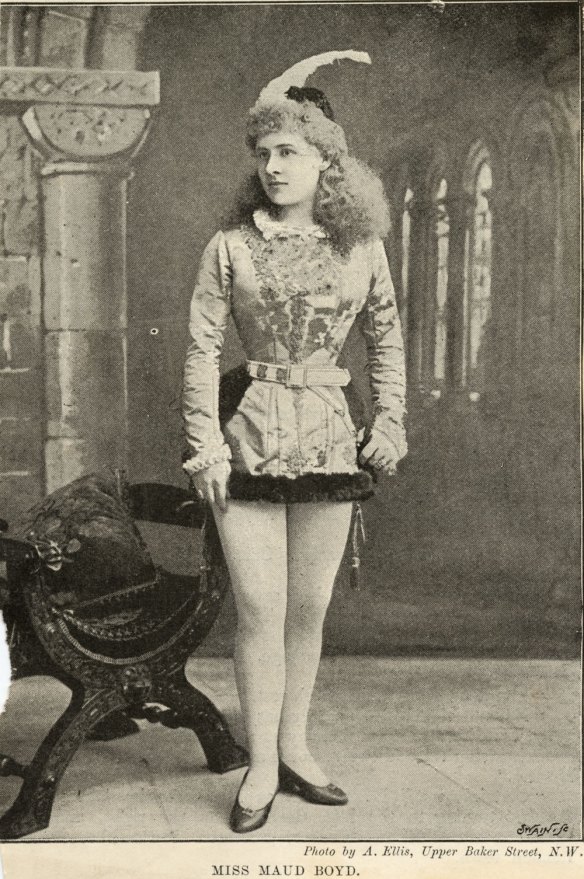 Courtesy of V & A

When they arose to go, I followed them and reminded them of their promise, and after a good lot of coaxing they followed me over.

Miss Boyd proved a charming lady with a grand, big voice. She sang “The Golden Isle” from “The Greek Slave“, and a sweet girl, Mrs. Medlicot, played her accompaniment.”

Miss Maud Boyd was a prominent pantomime singer at the time. She did only a small number of recordings for the Gramophone Company but they did release her rendition of “The Golden Isle.”