Occupation:   Sent to London to raise investment funds for the Gramophone Company to expand into Europe 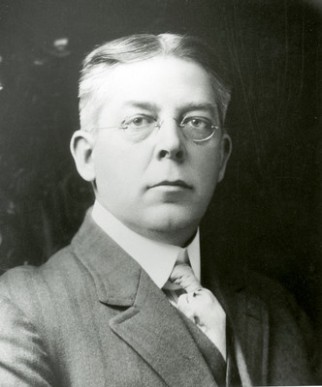 In July 1897 William Barry Owen resigned from his post with the National Gramophone Company in the United States and sailed for Britain. He was sent by Emile Berliner, inventor of the Gramophone and flat disc to set up the company in England and find investors. When he arrived he met a young Welsh lawyer; Trevor Lloyd Williams who became his co-founder of The British Gramophone Company in 1899.

Owen was an excellent sales man, having refined his selling talents as a sales man during his law degree at Amherst College. He was also a gambler who enjoyed the high stakes of starting up new ventures and more importantly he enjoyed living the high life that could be achieved if successful and so he jumped at the potential high profits in Berliner’s new Gramophone.

Initially he threw himself into the work but found high society London to be a tough crowd to crack, the Gramophones were selling but he found it difficult to attract investors to help build the business. It was his idea to bring in the Lambert Typewriter as an insurance product in case the Gramophone flopped. However, as fate would have it, the Lambert typewriter failed to bring in much revenue and The Gramophone Company stopped production in 1904. At this point Owen seemed to loose interest in the business,  he remained on the board for two more years and then left The Gramophone Company altogether in 1906.

After resigning he left Britain and returned home to the United States where he made several unsuccessful attempts in the agricultural business. By 1910 he had spent all of his money and was riddled with debt. He spent the rest of his life living off a pension paid jointly by Victor Talking Machine and The Gramophone Company.