The Gramophone Company decided to step up their recording programme in 1899 by sending Fred Gaisberg to the continent to record local artists in several countries. He was to take the recently arrived William Sinkler Darby with him as his assistant. It was to be the first of many great adventures that the two would share in pursuit of “capturing the sounds out of the air.” Here is a picture of the pair of them messing about. Fred is the one looking devotedly at his partner. 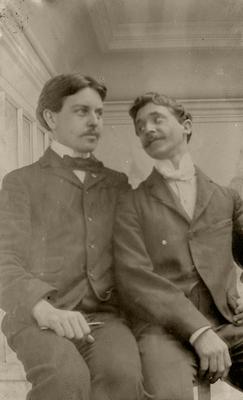 The “portable” recording equipment they took with them was anything but… It comprised six large packing cases which weighed up to 260lb’s each.

The first stop of their trip was Hanover to view the progress that Joe Sanders had made with the disc manufacturing factory. In Germany they picked up a fellow traveller; one Theodore Birnbaum who was Managing Director of The Gramophone Company in Berlin. Birnbaum would fund the trio’s travel as they moved around and recorded in Germany.

Birnbaum was the man who, in 1898, had designed the Angel logo that would become famous both as part of The Gramophone Company and also as a label within successor company, EMI. Here is a picture of him from that time.

Birnbaum was in fact a Londoner, born in 1865 to Russian-German parents. He would go on to a significant career with The Gramophone Company in both Russia and Germany.

The three of them reached Leipzig in May 1899 and began sessions on May 17th. Their very first recordings sessions in their first “foreign” city would reap 213 7″ recordings. Recorded artists included the Leipziger Musiker Vereiningung

This is Leipzig Marketplace at the turn of the twentieth century (the photo is from a very early Gramophone Company catalogue): 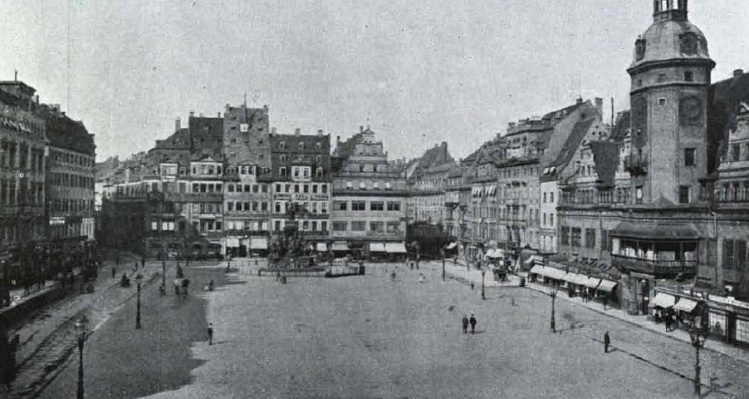 You can see some of the records made in 1899 in the same catalogue.