The EMI Archive Trust would like to join the whole world in saying CONGRATULATIONs to William and Kate, the Duke and Duchess of Cambridge, on the arrival of their beautiful baby Boy.

For many centuries the royal family has always been incredibly supportive of the arts and music. We are excited to watch this new baby grow and continue that tradition.

The Gramophone Company, His Masters Voice and EMI have always had very strong links with the royal establishment since its beginning at the start of the 20th century.

The King to his people’s Part 1 and 2. Broadcast from Buckingham Palace by H.M King George VI on September 3rd 1939 recorded exclusively with His Masters Voice Records. 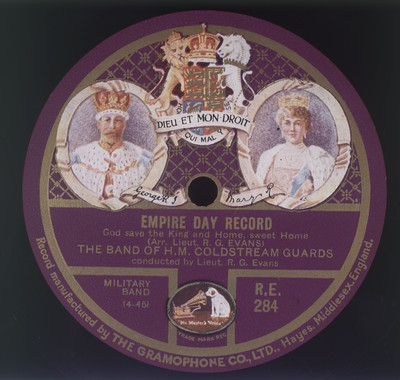 Empire Day Messages; To the Girls and boys of the empire from His majesty King George the fifth and her majesty Queen Mary. Recorded at Buckingham Palace exclusively with His Masters Voice Records.