On the 23rd of July 1898 Fred Gaisberg, at the age of 25 set sail on the 9 a.m. SS Umbria Cunard ship from New York to Liverpool. He was sent by the inventor of the Gramophone, Emile Berliner to London as one of the first sound engineers to set up a recording studio in London to cater to the European market.

Fred’s personal preparations for life across the sea were simple. “My baggage consisted of a complete recording outfit plus a twenty-five dollar bicycle with pneumatic tyres, and a notebook stuffed with receipts addresses and advice… “ 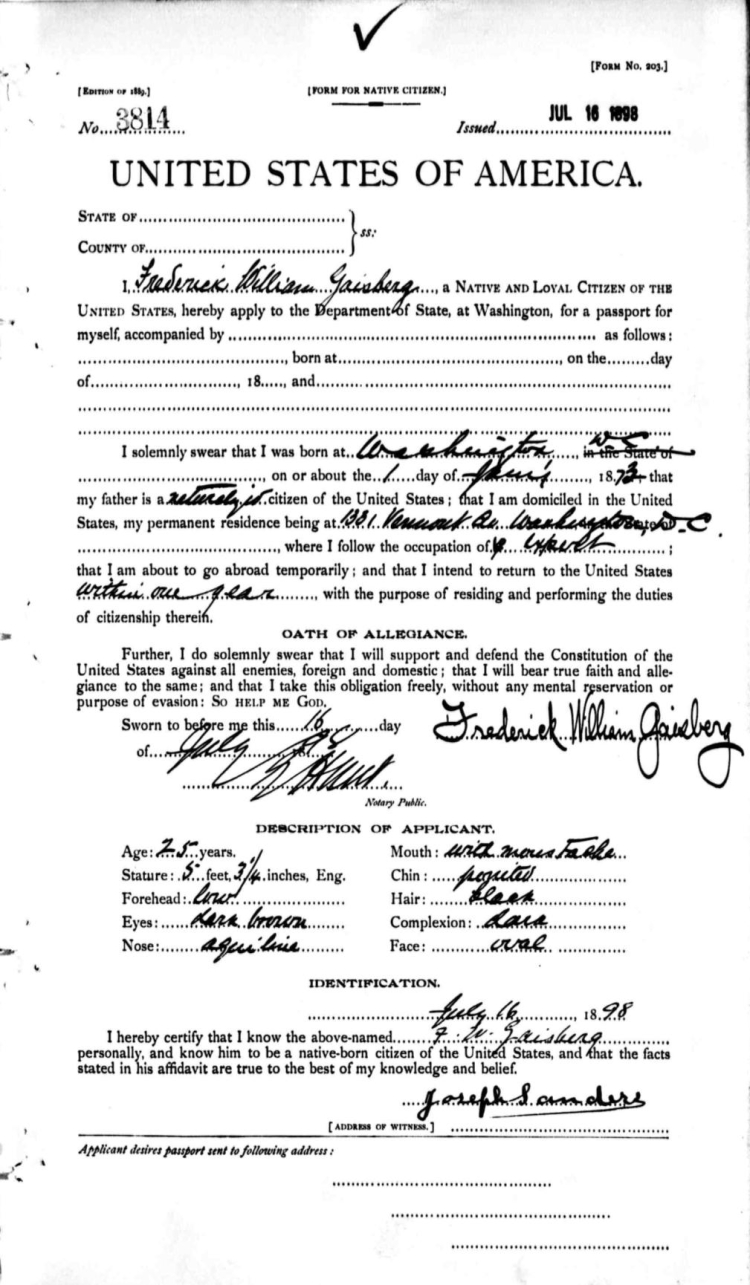 At only 25 years old one can only imagine the excitement, curiosity and fear Gaisberg would have felt as his cousin, Carrie, waved him goodbye from the New York harbour. He must have wondered…would he like the new people? Would London be welcoming? Would the journey be comfortable?

Although he must have been anxious he was certainly ambitious, taking the opportunity to meet potential contacts and artists while aboard. During his journey he met the music hall comedian Bert Shepherd, whose wide repertoire and contagious laugh drew in Gaisberg. The two became friends and before leaving the SS Umbria Gaisberg  secured a promise from shepherd to visit the studio in London once it was set up.