This is the final part of a five-day series of blog entries about Russell Hunting, a maverick who was involved at the start of the very start of the record business when its pioneers were searching to find the best business model to capitalise on the new sound-recording and playback technology. Hunting tried all sorts of ways to make money between 1894 and 1899 including comedy records, obscene records (for which he received a 3 month jail sentence), found himself being ripped off by a record company and made dramatic recordings to appeal to patriotism during the Boer Wars.

By 1904 Hunting had moved to London and had settled down a little. He was working for the newly formed Sterling Phonograph Company which was owned by Louis Sterling. A Russian-born American citizen now living in England, Sterling had been an early employee of The Gramophone Company before setting up on his own and would later go on to become the first Managing Director of the newly formed EMI in 1931, working with Fred Gaisberg’s old friend Alfred Clark (who became the first Chairman of EMI). 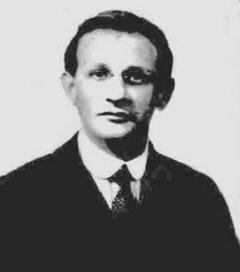 Hunting discovered a new Australian singer called Peter Dawson. Dawson was talented but poor and hungry for success, which meant that unlike the established singers of the day who were still loathe to record their voices Dawson “accepted all and sundry engagements – “smokers”, seaside concert parties, and phonograph recording” remembered Gaisberg later.

Dawson proved a remarkable and flexible talent who could sing beautifully in a range of styles. Gaisberg, Sterling and Hunting proved equally flexible and agreed a “secret understanding” to work together to their mutual benefit. In short they would record Dawson together and then Sterling would use the recordings for supplying phonograph owners with cylinders and Gaisberg would use the same recording for gramophone.

The flexibility of the singer and the three executives would be highlighted when one of Gaisberg’s star turns, Harry Lauder, proved reluctant to make the number of recordings desired by Gaisberg. Lauder was a big star at the time who specialised in Scottish balladry and presented himself as a comic Highlander.

His big songs included “I love a lassie” and “Stop yer tickling, Jock”

Peter Dawson was a fantastic mimic. He later recalled, “At The Gramophone Company one day I gave an imitation of Lauder singing “I love a lassie”. I was astonished at the reaction among the recording staff. Fred Gaisberg, the chief, came up to me excitedly and said:

“Peter, can you do any more like that. I mean, can you sing Scottish?” I was amused at the way the little American put it, and answered “Yes of course. I can sing all of his songs including “Stop Yer Tickling Jock”….”

A little while later he asked me what I thought of singing Lauder’s songs….under another name.” That other name was “Hector Grant”

Hunting, Sterling and Gaisberg leapt upon the imitation. The records became widely popular and they even persuaded Dawson to disguise himself and don a kilt to go on tour as “Hector Grant.”

Lauder was livid that he was being copied in this way. But after a while Grant’s records became less successful and the “Hector Grant” project was ended. Dawson and Gaisberg had a conversation with Lauder some years later after World War I, which Dawson recalled:

“Some time later I met Harry Lauder at the recording studio. I was making a Peter Dawson record…We chatted about old times, and he suddenly turned to Fred Gaisberg and myself:

“Did ye no ken a chap by the name of Hector Grant? He had a grrrand voice. He must have been killed in the war.”

Fred grinned and in his quiet American way asked, “Didn’t you know, Harry, that Hector Grant was Peter?”

But with obvious disbelief he replied. “Nah, nah, ye canna tell me that. I saw him in Glasgie. Yon was a much older man…”

In 1905 Sterling sold his Sterling Phonograph Company to Hunting who renamed it The Russell Hunting Record Company Ltd. Russell Hunting had begun to make some real money. He had become a player.